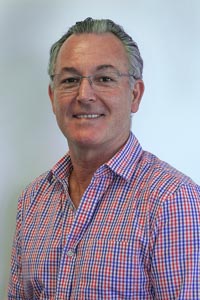 John first became interested in Chiropractic at the age of 7 years. Although it seems young, John’s mother had been attending a Chiropractor for adjustments and took John along for various health issues. The Chiropractic care helped John and it was then that he decided to become a Chiropractor.

In 1986 he graduated from Phillip Institute of Technology in Melbourne after completing five years study to attain a Bachelor of Chiropractic degree.

With a young growing family John decided to further his Chiropractic qualifications and enrolled and completed a Chiropractic Paediatric degree in 1998.

Every year John continues to learn with attendance at seminars and the reading of research into Chiropractic care.

John sees patients of all ages but has a special interest in the care of children.